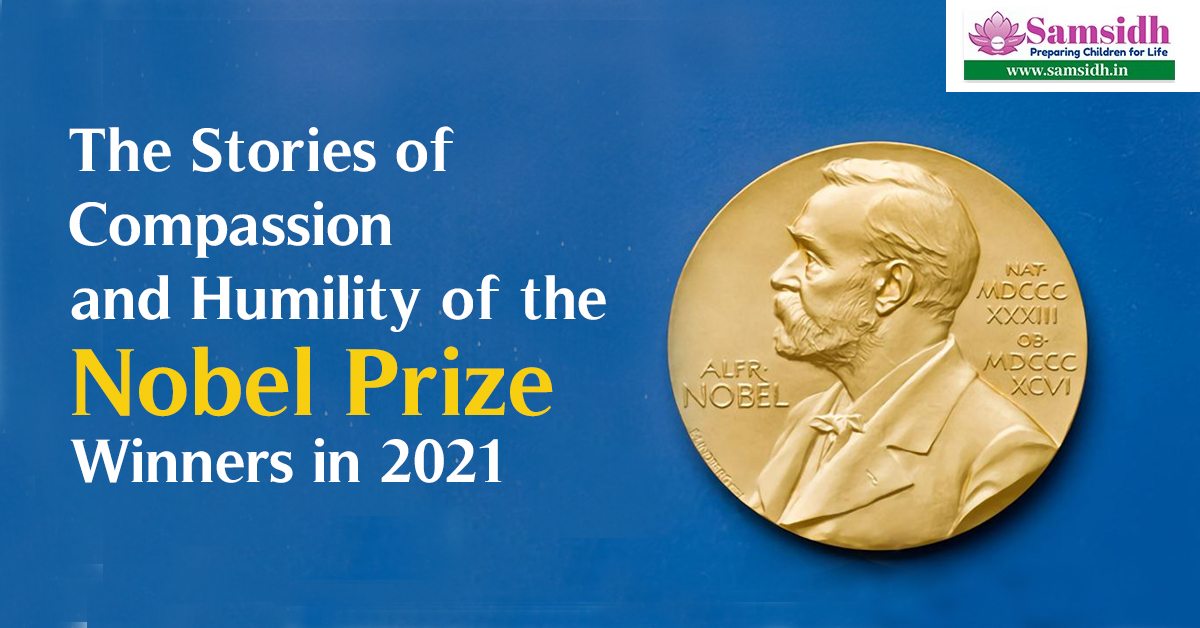 The Nobel Prize, regarded as the most prestigious award in recognition of work done for the benefit and betterment of humanity, was announced recently for the year 2021. The Nobel Committee this year named a contemporary author of Tanzanian heritage as the winner of the Literature award while one of the joint winners of the Peace Prize is the only woman to be awarded this year.

In support of their Peace Prize announcement of the year, the Nobel Committee underlines the importance of safeguarding press freedom efforts as “a precondition for democracy and lasting peace.”

The only fifth African-origin author to win the Nobel for Literature, Abdulrazak Gurnah tells us tales of dislocated people in a manner that tugs at our hearts. A glimpse into the lives of the protagonists who were uprooted from their places of origin, separated from families, and flung across the world as refugees. The septuagenarian writes from his own experience, when he was estranged from his own family in Zanzibar in the ’60s and landed in England, penniless. Then onwards, his life has been a story of struggle, grit, and achievement until he retired as professor emeritus from the University of Kent.

His response to winning the celebrated Nobel for Literature is proof of his characteristic humility, which is reflected even on the characters that he artfully etches on paper. The Novel Committee praised Gurnah’s “uncompromising and compassionate” portrayal of the life and struggle of migrants from the Gulf region affected by colonialism.

The first Filipino Nobel laureate Maria Ressa is a force to reckon with. The ruling government of her country seeks to subdue her investigative reports on the grounds of cyber libel. She has been convicted under the controversial Anti-Cybercrime law to stifle her voice, though the verdict was vehemently opposed and criticised by world journalists and human rights activists alike.

The spunky lady in question reported for CNN (Southeast Asia region) for almost two decades until she founded her news agency, the Rappler. She was named as one of the Time’s Person of the Year 2018 for relentlessly fighting the spread of fake news worldwide. Maria is also a significant part of the 25-member Information and Democracy Commission powered by Reporters Without Borders.

Maria wears many hats. She has authored two books on rising terrorism in Southeast Asia, has taught at Princeton University and the University of the Philippines Diliman. For her, reporting news honestly and in the right way has always been a priority, and she refuses to do it in any other way. And in recognition of her idealistic journalism, she has won many awards and accolades.

The Nobel Committee hails Maria as “a fearless defender of freedom of expression” and resoundingly lauds her stamina and determination to unravel the facts from misinformation and present them to the world.

Decorated journalist Dmitry Muratov is widely acclaimed for his staunch support of professional and ethical standards of journalism. He is the founder and editor-in-chief of the Russian newspaper Novaya Gazeta, a publication vocal about governmental corruption and human rights violations. He has been instrumental in positioning Novaya Gazeta as an influential newspaper in Russia that is not afraid to bring to light the most sensitive issues and turbulent situations affecting the country.

An upright and compassionate personality, Muratov dedicated his Nobel Peace Prize to the colleagues who laid their lives while upholding the principles of truthful journalism. He credits the newspaper, of which he is the driving force, for this honour. Muratov plans to spend the prize money on various charitable causes concerning journalists and children needing medical attention.

The Nobel Committee is all praises for Dmitry’s work to safeguard fact-based journalism. They laud how Muratov, with his sense of ethics, has built Novaya Gazeta into a reliable resource of “censurable” information that is hardly covered by any other media.

At Samsidh Group of Schools, we heartily congratulate the three recipients of the Nobel Prize 2021 who not only propound our core values of compassion and humility through their life’s work but are immensely happy in doing so. We continuously endeavour to instil these skills into our wards so they grow up to be as accomplished and ethical human beings as our celebrated Nobel laureates.